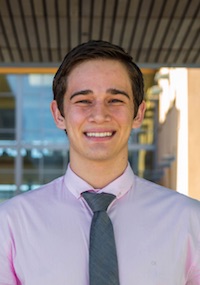 It has been previously reported that agnathans, for example, lampreys and hagfish possess a unique adaptive immune system which produces single chain protein effector molecules consisting of imperfect leucine rich repeats, or LRRs. These molecules, termed variable lymphocyte receptors (VLRs), are selected polyclonally in response to immunization of the lamprey with proteins, oligosaccharides, and whole cells. Lampetra hubbsi from the Merced River, California has been previously characterized by sequencing the mitochondrial cytochrome b gene. We obtained lampreys from the Kings River, and after sequencing the cytochrome b gene, we found that they were identical to L. hubbsi from the Merced River. We hypothesize that L. hubbsi would have the VLR based adaptive immune system and accordingly we were able to isolate VLRB transcripts from the species. These molecules were unique and showed a high homology among themselves and with those in the non-redundant database. Furthermore, immunohistochemistry performed on microscopic sections of L. hubbsi ammocoete showed presence of VLRB proteins. It would be interesting to see if L. hubbsi could generate VLRs the same way as that seen in Petromyzon marinus. In that case, this local species can be utilized as an alternative to P. marinus from Lake Michigan for the production monoclonal lampribodies.

Mobile device: Open PDF to view the document in a new browser window.