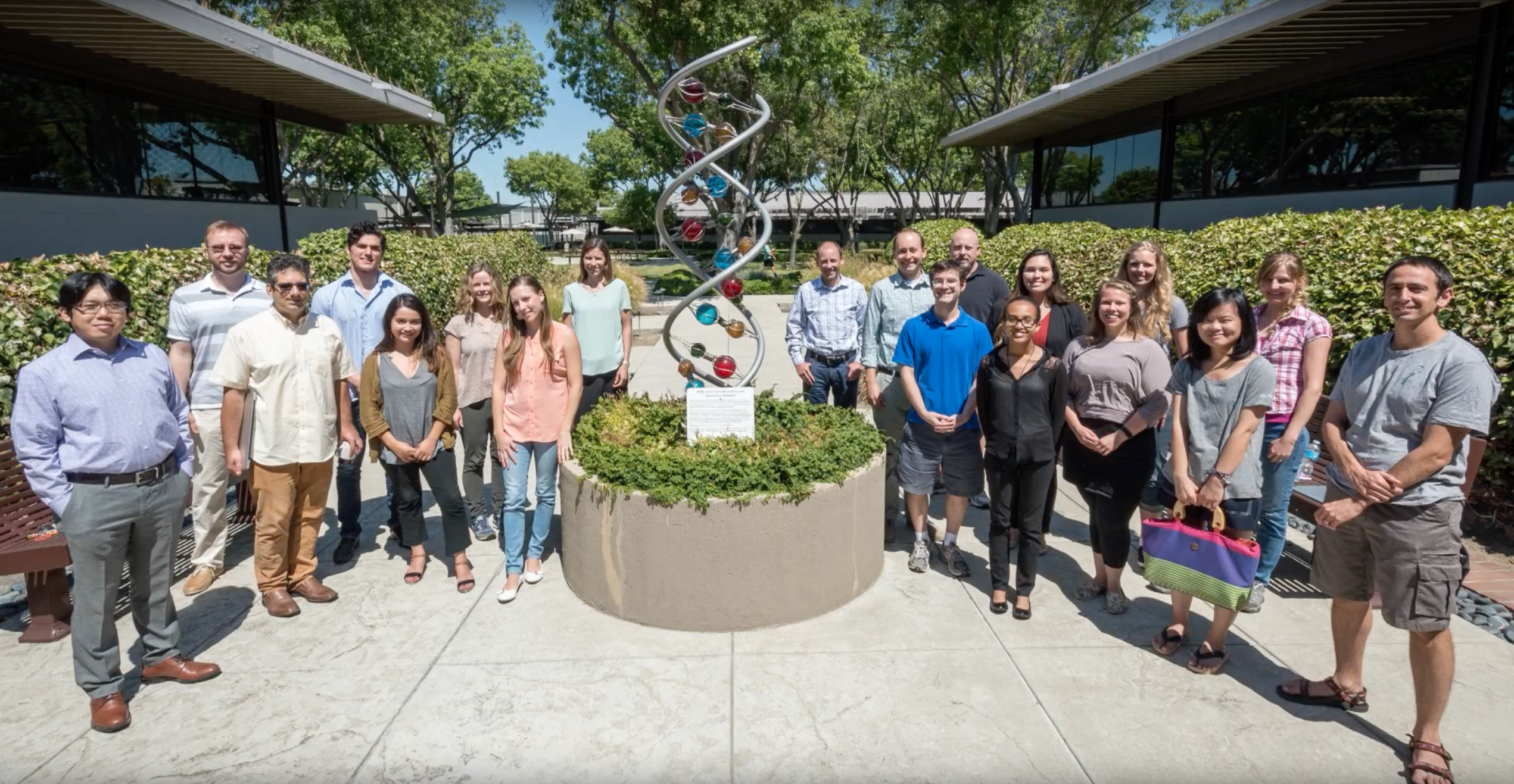 Function-Based Identification of Secondary Metabolite Producers with the use of a Metabolic Probe
Cecilya Barba1, Devin Doud2, and Tanja Woyke, PhD2; School of Natural Sciences, University of California, Merced1; Microbial Genomics Program, DOE Joint Genome Institute2
Bacterial secondary metabolites are of great significance to humans since they are the source of the antibiotics we use daily to fight bacterial infections. One challenge that we face is the emergence of multi- drug resistant bacteria, mainly due to improper and widespread use of antibiotics. This phenomenon poses a threat to human health as bacterial resistances are developing faster than discovery of new antibiotics. However, a potentially large reserve of novel secondary metabolites has remained obscured within uncultivated microorganisms. This is because many of these organisms have not been screened for their ability to produce secondary metabolites due to our inability to isolate and characterize them in the lab. Using flow cytometry, we aimed to create a cultivation-independent function-based method to fluorescently identify and sort microorganisms that might be producing secondary metabolites. Following sorting, the genomes from these microorganisms can then be analyzed using single cell genomics. To identify secondary metabolite producers, we applied a fluorescent vitamin analog probe to specifically label a catalytic domain in the non-ribosomal peptide synthase (NRPS). NRPSs’ are common cellular machinery for the production of secondary metabolites in bacteria. Using Photorhabdus luminescens and Escherichia coli, we demonstrated that only active secondary metabolite production results in a detectable increase in cell fluorescence by integration of the probe. Future application of this method could result in the identification of uncultivated, and potentially novel, secondary metabolite producers in the environment.

Metabolic Engineering of Yeast for Terpenoid Production, Eucalyptus Terpenoid Atlas Project
Rodrigo Garcia2, Yasuo Yoshikuni, PhD1, and Jing Ke, PhD1; DOE Joint Genome Institute1; School of Natural Sciences, University of California, Merced2
Terpenoids are naturally produced by many plants and microorganisms from (isopentyl pyrophosphate) IPP and (dimethylallyl pyrophosphate) DMAPP in the mevalonate pathway. The two precursors make up a terpenoid family consisting of over 55,000 compounds, traditionally used as fragrances, insecticides and pharmaceuticals. These molecules have shown to be important precursors for many antibiotics and biofuels. Conventional terpenoid extraction methods present low yields for a high cost, however through metabolic engineering of this biochemical pathway in model organisms the optimization of terpenoids has been achieved. Through Gibson Assembly cloning and CRISPR/Cas9 technology, genes of Eucalyptus grandis were transformed into competent cells of S. Cerevisiae. Through the addition of galactose and CuSO4, as inducers in the pathway, the production of our desired terpenoid was optimized. We focused on the production and analysis of different sesquiterpenes (C15H24), three isoprene unit terpenoids. The addition of IPM (isopentyl myristate) to our engineered S. Cerevisiae strains enabled sesquiterpene analysis through GC-MS, helping us determine what type of terpenoids were made and which strain was the most efficient in production.

Software Testing and Web Development
Hamelmal Gobezie1, Bryce Foster2, Brian Bushnell2, and William Andreopoulos, PhD2; School of Natural Sciences, University of California, Merced1; Joint Genome Institute, Department of Energy2
This project included testing bioinformatics tool software developed by JGI’s software engineer Brian Bushnell called BBTools and making a website for the tool. Software testing is the process of finding bugs in the software and make the software bug free which ensures no bugs will be discovered first by the analysts. BBTools are currently being used in the bioinformatics field and are error free. However, new version of these tools are released very often, testing them require him to manually test everything before putting it out to the public. The project’s goal was to have one script that he can run which tests all the tools automatically all at once. When ran, the program tells us which parameters have passed and which parameters have failed. This way, we save time and energy running each parameter one by one. The second part of the project was to build a website where analysts can download and read about BBTools.

Exploring Protein Expansions in Fungal Dark Matter using Single-Cell Genomics
Lisette Manriquez1, Steven R Ahrendt, PhD2, Igor V. Grigoriev, PhD2; School of Natural Sciences, University of California, Merced1; DOE Joint Genome Institute, Lawrence Berkeley National Laboratory2
There are an estimated 1.5 million fungal species in the world and less than 10% of estimated fungi have been described. About 98% of all described fungal species belong to Dikarya [1] while the earliest diverging lineages of fungi still remain understudied. Majority of early fungi can be referred to as “fungal dark matter,” a term used to describe fungi that is understudied and uncultivated. Within the earliest diverging lineages, 7 mycoparasitc fungi were chosen for single cell-sequencing as an attempt to describe these ‘dark matter fungi.’ Mycoparasitic fungi are best described as parasitic fungi whose host are other fungi. Using comparative genomics, multiple protein sequences from the same protein families were aligned and generated into a phylogenetic tree for analysis. Protein families were chosen based on the unique abundances of specific protein domains found in early lineages of fungi, specifically mycoparasitic fungi. Phylogenetic trees were generated to find specific protein expansions for the protein domains chosen. Protein expansions were found for protein domains Subtilase, Chitinase and Metallopeptidase.